I had the opportunity to watch one of my favorite movies over the holidays. It is hard to believe this is the 20th anniversary! Armageddon is a 1998 American science fiction disaster film directed by Michael Bay, produced by Jerry Bruckheimer, and released by Touchstone Pictures.

The movie has an interesting plot and cast of characters with several funny, intense and emotional scenes. Armageddon also presents a compelling story of hiring, teamwork and leadership. If you haven’t seen the movie, watch it first and consider the following clips/quotes!

“You guys are NASA”.  This classic scene between Harry Stamper (Bruce Willis) and Dan Truman (Billy Bob Thornton) showcases how strong our beliefs can be in revered institutions.  In this case, the assumption is that the “geniuses” at NASA have the answers and contingency plans to keep us safe from impending doom.

“You know A.J., there’s not a job on the planet that I’d want you to work with me on.”  Harry says to A.J. Frost (Ben Affleck) during a scene where A.J. has set up his own drilling business and is goading Harry when Harry needs his help to save the planet.  As Harry’s protégé, A.J. walks in Harry’s shadow and rebels against him in a parent/child type manner throughout much of the movie.  A.J. sees Harry as the man he wants to be.

Lessons?  Respect for others, knowing when to let someone else lead, baiting the hook to pique a colleague’s interest.

Lessons?  Knowing the right time for negotiations and making big asks when you’re able to do so.  Also, making the right types of asks!  I always wanted to see which of the laundry list of requests came through when Truman responds “Sure, I think we can take care of some of that.”  Did Bear (Michael Clarke Duncan) get to stay in the Lincoln bedroom of the White House for the summer? 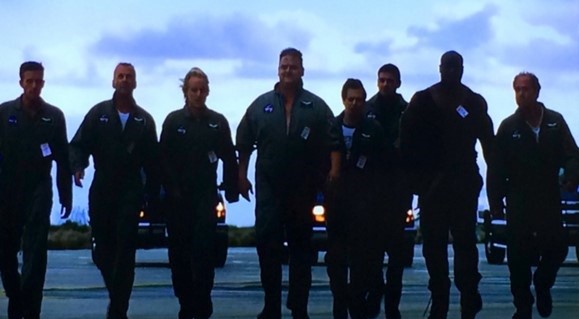 Lessons?  Making assumptions about people before knowing what they are capable of.  One of my favorite recruitment trainers, Lou Adler, asks “What is the work to be done?” when considering hiring.  The work to be done in Armageddon is getting to the asteroid and drilling an 800-foot hole to detonate a nuclear bomb.

With a comical set of physical evaluations that Harry’s team endure and no prior training or experience in space, one might think it best to just train astronauts to drill.  However, the timing of the asteroid’s approach does not allow for training substitutes for seasoned professionals.

In another funny scene, “Will somebody tell me what this is, a plastic ice cream scoop?  What did that cost, about $400?” Stamper points out several flaws in Armadillo equipment design intimating that he and his team are the ones that know the equipment and need to do the drilling.  Regarding the physical evaluations, Truman finally asks “Can they physically survive the trip?” to which the NASA doctor retorts “Personally, I don’t know how they survived the tests.” 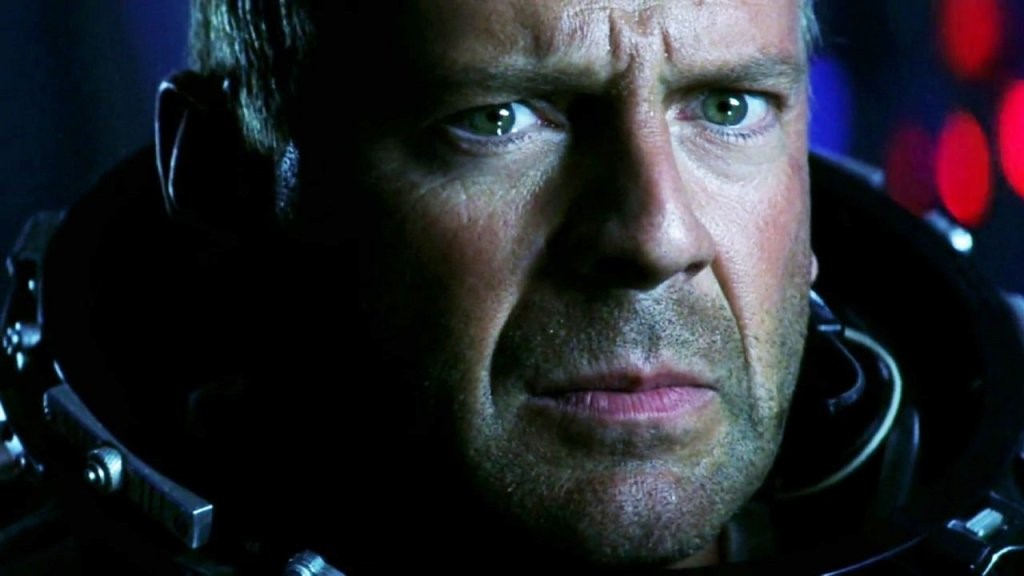 “I will make 800 feet.”  With the team under extreme duress from “secondary protocol” (where the President, after initial mission failure, orders the nuclear bomb to be remotely detonated), Harry says he is not leaving his team behind and epitomizes grace under pressure telling Col. Sharp “all you’re going to have is a real expensive firework show” since the team hasn’t met its depth goal and asks, “why you are listening to someone who is 100,000 miles away”?  With less than a minute before detonation, he convinces Col. Sharp to turn off the bomb by stating he’s never missed his target and swearing (on his daughter’s life) that he will hit his goal.

Lessons?  Remain calm, assess the situation, restate your goal/mission, focus on the work and your team, and get back to work.  Of course, this is much easier said than done and particularly in this situation!

“We turn the thrusters on, we jump this thing, we float right over it.”  In this scene, A.J., Bear and Cosmonaut Lev Andropov (Peter Stormare) are trying to find the shuttle Freedom crew and are faced with using the Armadillo and gravity to jump over a deep canyon on the surface of the asteroid.  A.J. asks Lev “Is this going to work?” and Lev says “50/50, no more like 70/30, 80/20 but you know what, if it works, the two of you are going to be heroes, just like me.”

Lessons?  Improvise, take calculated risks, reassure your team of what is possible, pray.  If you are the specialist on your team, step up and take charge. 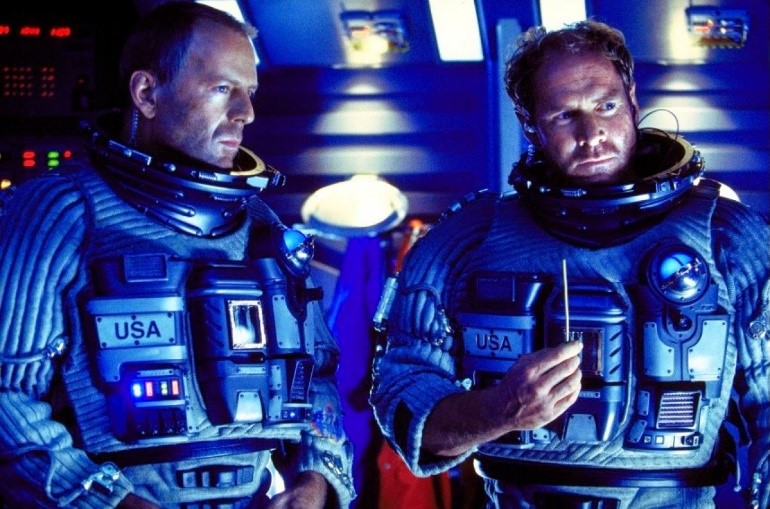 “The remote detonator on the bomb has been damaged.  That means somebody is going to have to stay behind.”  After overcoming several obstacles and finally hitting 800 feet, the team cheers for a brief celebration.  Then, the unimaginable happens.  Someone must stay behind to detonate the nuclear bomb which is to be determined by drawing straws.

Lessons?  Celebrate wins, bravery, putting the interests of a greater cause ahead of all else, self-sacrifice, love.

There are other great scenes and lessons to be learned in Armageddon.  Driven by an agenda as powerful as survival, it is incredible to think about what humanity might accomplish, together.