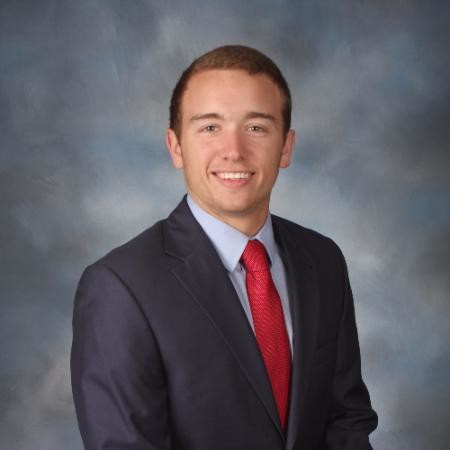 My name is Bishop Saunders and I have cystic fibrosis.  I’ve hit so many milestones in my life growing up, and have so many to go.  And cystic fibrosis has been, and always will be, there for all of them.  Cystic fibrosis is a genetic disease presented when you inherit a recessive gene from both parents.  In people with CF, it makes mucus really thick and sticky, causing many problems throughout the body.  Mucus sticks to the lungs, causing infection and a decline in lung function.  Mucus clogs sinus cavities, again causing infection and also painful headaches. The thick mucus also blocks digestion, making it hard to get the nutrients I need to fight infections and grow.

About 30,000 people in the US have CF, and 10 million carry the defective gene.  That’s 1 in 30 and that’s me and your friends.  I may not look sick but turn my body inside out and you would see a completely different story. Growing up I spent hours every day strapped to a vest that shakes the mucus out of my lungs in addition to an array of breathing treatments through a nebulizer and handfuls of medicines, depending on what issue I am having that day. All of this juggled alongside sports, friends, and school.

I was diagnosed with Cystic Fibrosis within hours of being born and my family’s involvement with the CF Foundation started right then and there. My family and friends got me to where I am today, and so have you because of your support of the Cystic Fibrosis Foundation.  I first actually became aware of CF in the 9th grade while researching an informative paper on Cystic Fibrosis. Before then, I was just told to do my vest treatment, my nebulizers, take my enzymes.  I did those things because I was told I had to.

While compiling research for my English paper I began to learn WHY I need to do my vest, my nebulizer, take my enzymes. I learned that those treatments keep me feeling my best and what my best should feel like. I also learned some very frightening things… I learned that looking down the road when I get married, that I can’t have kids. I learned I will never be able to break away from my treatments – that I will do them every single day like a dog leashed to you all the time that you can’t get rid of.  I also learned that December 8, 2012, was supposed to be my last birthday.  My life expectancy was 17 years.

I was 14 then, a freshman in high school, and to be honest, that scared the hell out of me. When I asked my dad about it he said, “yes that’s true, I won’t lie to you.” But then he went on to explain how research funded by the CF Foundation is pushing that “last birthday” further and further into the future, by funding the development of new drugs that can correct the basic defect in cystic fibrosis. That talk with my dad came with a mix of emotions: frightened for my own sake and apologetic to my parents, my sister, my doctors for up until then not understanding the gravity of my disease.

At that point, I felt I was at a crossroads: to let myself sit in the mud and dwell in my own sorrows or pick myself up and lead my life instead of CF leading me. And who wants to sit in the mud for the rest of their lives? So throughout high school, I began to dig deeper, below just the facts, to learn about my own life with CF. From the little things like understanding when I need to use my inhaler or nebulizer, or bigger things like understanding when I’m sick enough to be admitted into the hospital.   Going through this in high school made my transition to college easy because I felt prepared to take control of my own life and be on my own. I can confidently say to all the CF kids – it’s possible to master your life with Cystic Fibrosis and live out your dreams.

But isn’t that the goal?  The reason I want all of you to know how scared and hopeless I felt in those days after learning what it meant to have CF is that I want you to understand how much the CF Foundation impacted my outlook on the life ahead. Once I found out about the Foundation’s contribution to research and all of the progress that they’ve helped make, that the donors like you have helped make, I realized there is hope and that I can help. That’s why I’m telling my story.  So that others know that it’s possible.

The Cystic Fibrosis Foundation is one of the most efficient and effective volunteer health organizations in the country.  Because CF is classified as an orphan disease, the Foundation receives no federal funding for its work and little initial investment from pharmaceutical companies.  It’s people like you who make what the Foundation does possible.  I know for sure that without your donations and support of the Foundation, myself and so many others wouldn’t be here today.

In 2012, due to the diligence and investment of the CF Foundation, and in large part because of people like you giving of your time and dollars, Kalydeco, the first drug aimed at correcting one of the underlying defects in the disease, was made available to patients. And in 2015, another drug, Orkambi, was released to qualifying patients. There are over 1,800 mutations that cause Cystic Fibrosis and sadly I do not qualify for a drug like Kalydeco or Orkambi yet, but I know with your help that I will soon. These drugs are not a cure, but a life-changing daily management tool for CF.

I know that when we work together, we can win in this fight, so that all kids born with CF can grow up to be vets, chefs, moms and dads, brewers, bankers, or, an accountant, like me. Your continued support of the Cystic Fibrosis Foundation brings my family hope. It brings hope for a cure into the realm of reality.  Your investment in the Foundation adds tomorrows. Thank you for fighting with us and not stopping until CF stands for Cure Found.

Bishop Saunders is presently a business advisory consultant with E&Y.  He grew up in Charlotte, NC and holds a BS in Accounting from NC State University.